How I Became a Writer

Posted on June 23, 2018 by Scarlett Kol
Posted in writing 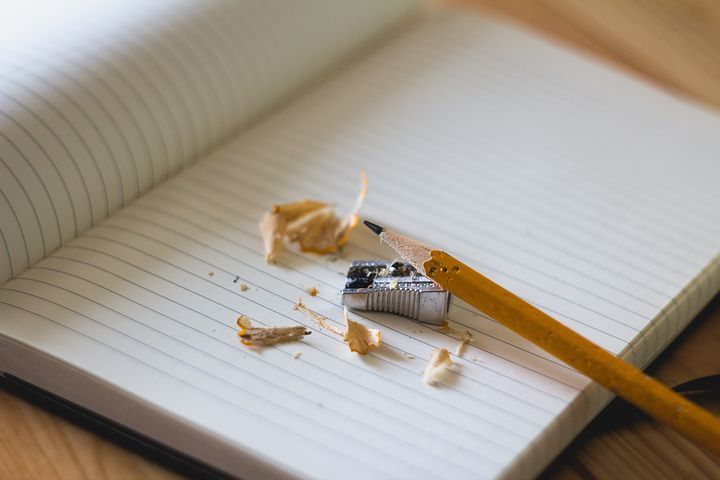 Back in May, I held a double book launch for Mercury Rises and Wicked Descent at McNally Robinson Bookstore. It was an amazing night! As part of the formal program, I did readings from both books and gave a short speech on how I became a writer. Since then, I've had a few requests to post that speech online, so here it goes:

I was always a huge reader. A peculiar little girl with mousy brown tangled hair and a mouth that never quite seemed to shut when it was supposed to. And I believed in magic. I swore my mom's jewelry box held treasures with secret powers for the right beholder, and that if someone looked hard enough they might just find the entrance to a fantastic world unlike our own. I made friends with a wonderful librarian, named Mr. Smith, who helped me find the best fantasy novels that fed my addiction for the extraordinary. I travelled through the looking glass with Alice, through wrinkles in time, and saved the world from the rising dark with the old ones. And as I grew up, my fixation on the strange grew up too. I moved onto melancholy vampires that looked like Brad Pitt, Needful Things, and prom queens covered in pig's blood, plus any bizarre thing that author Christopher Pike put a pen to.

But around that time, the stories of others ceased to be enough for me. The words flowed from the pages and wrapped themselves around my brain, until I started writing my own stories. Weird, and wonderful, and terribly, terribly written stories that screamed with teenage angst and horrendous grammar. But they were a part of me. When I was sad, or alone, or confused, the words and the worlds they created were always there to help me make sense of things, or let me escape, at least for a little while.

And then the words stopped. Novels were replaced by textbooks, and adulting replaced the time I allowed myself to indulge in my fantasy worlds. I had a house, a car, a family, and a career that I loved, but I no longer had the ability to believe in magic like I did when I was young. After all, I'd never seen a white rabbit in a waistcoat to chase off to Wonderland, and no mysterious strangers appeared on my 16th birthday to tell me I was part witch, or goddess, or slayer, even though it would've been so cool if they did. And you know what, I missed it. So in the late, late nights when my infant son was awake and shouldn't be, I let my mind wander back. And slowly, quietly, the words started to come back to. They were rough, and awful, and mostly in the recycle bin now, but I started writing stories. Of medieval knights cursed to battle an evil queen for all eternity, of futuristic princesses and high-tech thieves, and of magic, pure and simple. And now, I get to stand here, in front of all of you nice people and share what I wrote and maybe some other peculiar girl with tangled hair or boy whose mouth doesn't quite shut might find magic in these pages like I did with so many others that have come before me.

Walt Disney said, "those who don't believe in magic will never find it", but my recommendation is that if you do find it, never let it go.